One of the most popular Roblox toys in Series One is a character who goes by the name of Matt Dusek. Unlike a lot of the toys whom are just comedic characters, this one has meaning to it. Matt Dusek was a popular Roblox Administrator within the community and was also the Technical Director at Roblox. He isn’t very active on the website anymore however he used to be one of the most responsive members of staff at Roblox. Despite him not being as active as usual, he is still one of the most beloved members of staff at Roblox and to show the community’s appreciation, they made a Roblox toy dedicated to him.

If you’re wondering what items his character wears then it’d be best to check out his profile on Roblox. The pumpkin on his head is known as ‘The Dusekkar’, a combination of two popular items, the Halloween Pumpkins and Antlers. Even if you don’t know Matt Dusek, a lot of people will recognise his iconic pumpkin head. As for the clothes he is wearing, it’s called ‘Grey Wizard Robes’ and it sells for $25 ROBUX and is sold by a Roblox user called ‘SonOfSevenless’. Finally, the staff that he is seen using is a regular item on the Roblox catalog called Staff of the Winds that sells for $1000 ROBUX.

It was very kind that Roblox added this developer as a toy, especially considering he’s a community favourite.

You will receive an in game sword that has Matt Dusek’s pumpkinhead as the hilt and a glowing blue blade. 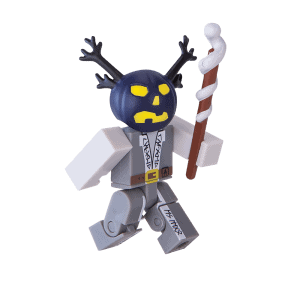 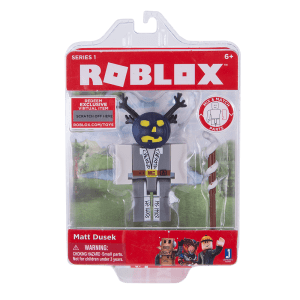