Roblox toys have been an absolute craze worldwide since its launch, earlier this year. However, by far one of the most popular and hyped-up toys, must be Mr. Bling Bling. Due to him being released later than some other toys and having some unique pieces, (aswell as having a great in-game item), he was an instant fan favourite and sold out very quickly in the UK and other stores, although to be fair, most toys sold out quick. This is what makes Mr. Bling Bling so special. He might not be so rare now that he’s been released for a few months however at his original launch, he was considered one of the hardest toys to get a hold of.

So, who is Mr. Bling Bling? Well, he’s pretty much just a successful, rich businessman decorated in an expensive suit with a golden necklace, gold top hat and a fancy cane, a bit of a show-off. Well there is actually more to Mr. Bling Bling than you’d expect. The suit he is seen wearing is actually obtainable in-game, with a few slight differences. On Roblox his outfit is called the ‘Golden Suit of Bling Squared’ and features an almost exact replica of the suit seen on Mr. Bling Bling as well as the same cane he is seen holding. The hat he wears is an expensive Roblox hat known as the ‘Golden Top Hat of Bling Bling’ and goes perfectly with the suit.

In summary, Mr. Bling Bling is a fictional character that Roblox made whom features some very expensive and rare items on Roblox. Although it will cost a lot, at least some rich players will be able to afford to dress up like the toy.

When it comes to pure glitz and glamour, Mr. Bling Bling is your man. With a flashy smile and a tailored suit woven together from the finest gold linens. He enjoys showing off his extravagant lifestyle to any Robloxian. His fashion sense may not be very subtle, but you’ve got to admit – he knows how to flaunt his wealth. 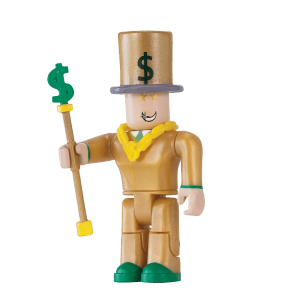 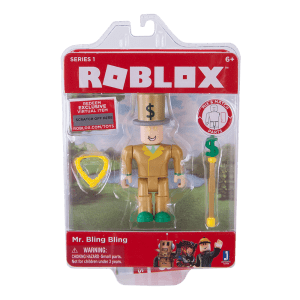